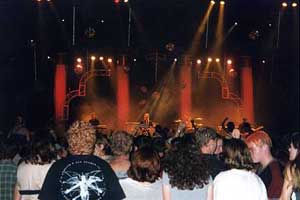 Keyboardist Sam Holloway was walking offstage after Kick Out the Jams because No Association was scheduled as the show closer, and there are no keyboard parts.

Johns then added, "Sorry, Hugh!" (referring to lighting director Hugh Taranto. According to Helena, Daniel then rambled on a bit about how Hugh programs all the lights and gave him a moment to make a few changes in the lighting before the band proceeded into Spawn Again.

"It was all good from there," Helena reports. 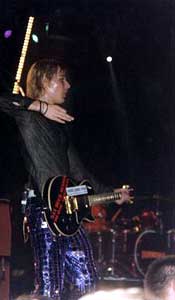 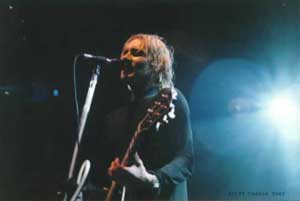