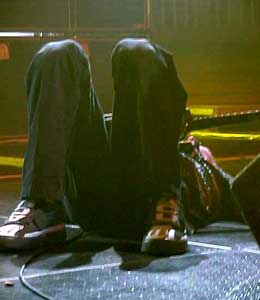 Violent, aggressive and potentially fatal sums up the atmosphere and the people (some of them) that attended Saturday night's silverchair concert.

On the other hand brilliant, awesome and inspiring are words that can be used to describe silverchair's performance. 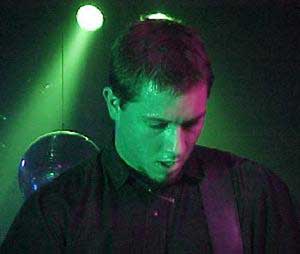 My friend Alison and I arrived at the Hordern Pavillion at 1 p.m. already to find around 25 people lining up. The sky was black and it was inevitable that it was going to rain. By 4 p.m. the crowd lining up turned into about 200 people and everyone rose to take their positions in line. This turned out to be a two-hour wait, with everyone standing and being pushed up against iron gates.

At 6 p.m. the gates finally opened and the security personnel seemed to be short of having any control. People were screaming and pushing each other kicking each other and deliberately trying to hurt others lining up just so that they could be first in line. Security were appalling. I was body searched, swore at, and punched by security for no apparent reason. This I thought was totally unacceptable but went along with it.

Next everyone found out that they had to go and make another line in the foyer. This was a total stampede with security not being able to control the thousands of aggressive silverchair fans. The worst part was when they eventually opened the gates, but this was very unexpected. Everyone piled in. People were collapsing everywhere and getting trampled in this almost somewhat riot. My friend and I were at the barrier but decided that it really was not safe to be there so we got pulled out and went and walked around for a while. I'm sure you're all probably sick of hearing about all this, so lets get on to the main reason I am writing this review. 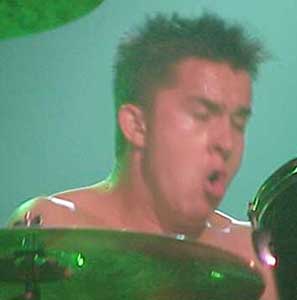 Pre_Shrunk came on at about 7.30pm and I was surprised. I hadn't really heard much about them but they were good, and they played their latest single Hot Robots which seemed to get the crowd involved. Although Pre_Shrunk were reasonably good, many members of the crowd took to throwing things at them and telling them to get off.

Next Placebo came on and the crowd really seemed to get into them. I'm not personally a fan of the band but they were fairly cool and they played a tight set. When Placebo left the stage the crowd continued to go spastic. I have never seen a bigger bunch of meat heads than what I saw that night. My friend and I after this went and found seats to watch silverchair and we sat down for about 25 minutes before they came on.

At 9:15 p.m. silverchair took the stage, this made the crowd go mental and everyone jumped. The first song they played was Emotion Sickness and it was beautiful. Daniel really projects and makes full use of his voice in this song, slightly altering the high parts which only adds to the power of the song. The band really seem to play this song really passionately and it sends a strong message to the crowd.

Next was Israel's Son, it was played with a new intensity by the band and the crowd really enjoyed it. Slave was brilliant, Daniel started playing his guitar on the floor and it was heaps funny, he was also moshing away and jumping. He seemed really comfortable this night and it really showed in his crowd involvement. Other stand out tracks of the night included Ana's Song (Open Fire), The Door (with the usual "Can I get a hallelujah"), and Paint Pastel Princess, although every song they played was excellent. 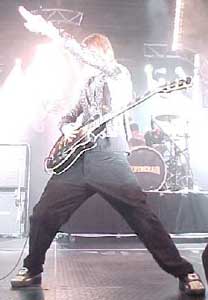 The show finished at 10:30 and everyone piled out not caring about who they hit or what they did to other people. The silverchair aspect saved the night of what started out as one huge riot. Being from the country and this being my first time at a Sydney silverchair gig, I got an extremely bad impression of Sydney silverchair fans (this is not a generalization because I'm sure that it was only a select bunch that made it like this), and how much they vary compared to the crowds of such places as Newcastle, Coffs Harbour and so on. So this is to all the wankers out there who tried to ruin the gig by your pathetic teenage aggression and violence I hope that you read this and realize how you took an element out of it being the perfect silverchair gig. All in all, silverchair rock out and if they ever play any where near you (except Sydney) go and see them. 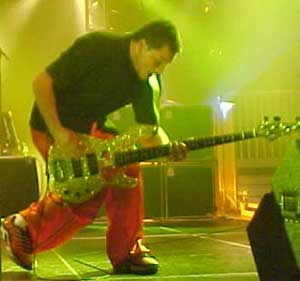 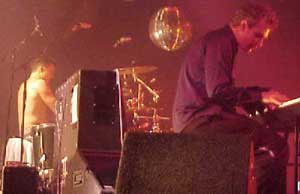