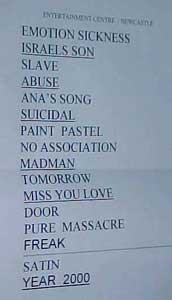 silverchair was due to come on stage at 9:30 p.m. We arrived at the Newcastle Entertainment Centre at 8:30. We thought that Army of Prawns was to start at 8:35, but when we arrived they were nearly finished. We saw only one of their songs.

silverchair would be coming on next, 30 minutes before their scheduled starting time. While waiting for them, we checked out how the new stage setup. It was the best and most interesting stage layout I've ever seen at a silverchair show.

The band's lighting director, Hugh Taranto, designed large arches to be built in the shape of the rounded red neon tubing on the cover of the Neon Ballroom album. There were many mirror balls dangling from the lighting truss above the stage, and the "satellite" from the Anthem video was hanging in the middle.

At 9:05, silverchair took the stage before a packed audience at the NEC. They opened up with Emotion Sickness, which was a good choice to get the crowd pumped up. Israel's Son, another fan favourite, was next -- everyone in the crowd seemed to be into this one, all jumping up and down. Slave was up next, then Abuse Me.

After Abuse Me, Daniel thanked everyone for coming.

"Thanks, Newcastle, it's good to be home," he told the crowd. Next was Ana's Song, which also received a good response from the huge crowd. 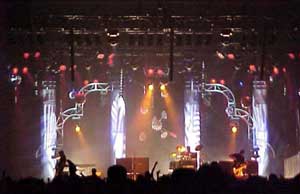 The next songs were Suicidal Dream, Paint Pastel Princess, No Association, Madman and Tomorrow, halfway through which they stopped, and Daniel said, "You have all heard this song before, it's our hit!"

Then they went into Miss You Love, then The Door, Pure Massacre and Freak.

After Freak they left the stage, prompting the crowd to cheer, "silverchair! silverchair!" When they came back, Daniel picked up his guitar and played Advance Australia Fair, the country's national anthem. That led into Satin Sheets, and after that came a big surprise.

Daniel announced that some people would be needed to come up on stage and help out with their next song, Anthem for the Year 2000. Of course, members of the audience were anxious to take part, but the security staff was caught off guard. 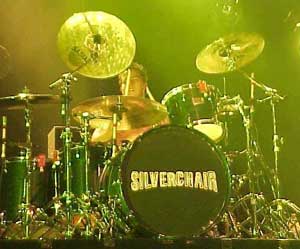 "Listen to me now, I am the boss," Daniel said. "Don't listen to anyone else! Listen, security, I need people. Get that girl, now we need a guy... a big guy. Come on, security, I need 20 people." He told those 20 people to "get in the cage," which was actually a set of steps on Chris' side of the stage.

One girl was a little too enthusiastic and instead of heading for the "cage," she tried to grab him.

"Let go of me now," he said, "I've dealt with psychos enough this week!"

The people who came on stage were given baseball-type shirts saying, "We are the youth." Daniel prompted the people on stage when to sing "we are the youth," and involved the entire crowd as well. Anthem was great, and everyone participated.

The show was one of the best I'd ever seen. The guys rocked and the crowd was really into it, which made the show more enjoyable. It was great to see the guys in their hometown.

Good morning everyone, last night I went to the silverchair show in Newcastle, Australia. All the opening bands were pretty good. The third band was the best openers! They had a Fatih No More sound to them, and the guitar player was kinda like Tom Morello from Rage Against The Machine. Daniel's brother band was the last of the 5, he kept going on about how he thinks they were better then silverchair, but at the end he admited that they aren't nowhere near as good. 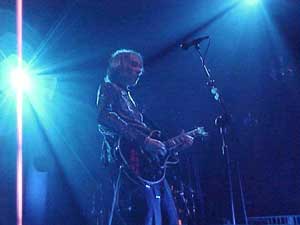 Now to the great SILVERCHAIR! I think the high-light of the night was either Freak because everyone in the seats stood up and was going pycho. Anthem For The Year 2000 because they got 20 to 30 people up on stage to be the choir (the youth). 4 people stage dived, and Daniel was "attacked" by a big fat chick and he screamed "GET OFF ME!"

They played for about 1 and a half hours straight! I think they'd be at home rite now saying to themselves "geez, why the hell did we play that long?" The only thing I am pissed about is that Daniel didn't say goodnight, is that too much to ask for???

Some guy in the mosh called him a fuckwit, and he then said "Don't call me that, the Pantera fans called me that, and do you know what I said to them? I said, suck my dick." Then a few seconds after he said "No, I didn't tell them to do that, 'cause they were all hard, and mean, and straight, so I wasn't game."

Well all up I think it was a good night, except all the little girls that were about 12 in the mosh screaming in my ears! And they weren't strong enough to hold anyone up, so we all keep falling over and stuff. 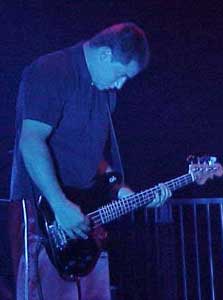