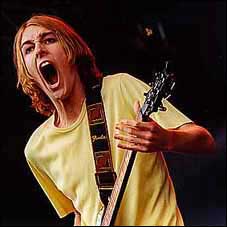 About three-fourths of the campsite's population managed to crawl out of their tents for the first band of the festival. I've always loved silverchair and so I'm a bit biased when I say that I was shocked to learn they were the opening set.

Slave opened everyone's ears a little more than they had been. A few more "metalers" paid attention and a few people recovering from the previous night's drugs and alcohol ran for cover.

A few 'chair tour t-shirts were spotted in the crowd, and the mosh pit grew slowly in size as the three tore through Roses, Pure Massacre, No Association, Suicidal Dream, Tomorrow and Freak.

In Europe, Freak had received a lot of airplay on MTV and Viva (a German MTV beater!) and radio. It felt like mainland Europe had accepted silverchair as a "teenie" band -- pictures of the band (Daniel, especially) were to be found in heaps of magazines aimed at teenage girls. 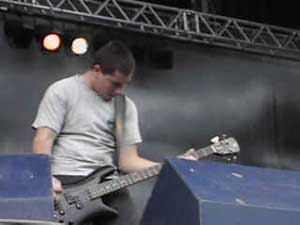 At the start people were watching, but before the band reached the closing number, Israel's Son, the audience were taking part.

Daniel didn't communicate much during the show, only muttering "motherfuckers," "you guys rock" and "thanks for coming." Had there been a few more surprises, maybe the still half-asleep crowd would have awakened a bit more.

Israel's Son really suited the festival atmosphere and the sound was perfect. As the song got to the slow bit (when the riff changes halfway through) the crowd, many being non-fans, thought that was it and when Daniel came bouncing back with the second half it was treated as an encore (what idiots!) Daniel's screams of "put your hands in the air" were obeyed by all in the now sizable mosh pit. Ben and Chris left abruptly after the song ended and Dan played with feedback and distortion for a while (which people thought was very you-know-who-ish of him).

After the show the fans were left happy and silverchair could only have gained some more popularity. 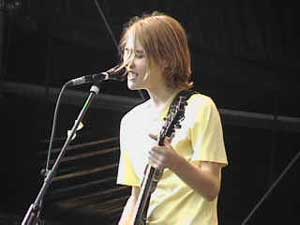 silverchair's appearance at Torhout in Belgium was the second time I'd seen the band in a week. I was at the show in Paris the previous Monday, and like many other people, I was really disapointed by that show. I was hoping that the gig in Torhout would cancel out the previous one.

As in Paris, the show started with some strange music. silverchair took the stage and broke into Slave, with the usual wait between each set of chords. At this point it started to rain.

Next was Roses, followed by Abuse Me (Daniel introduced Bailey Holloway as Tony Iommi of Black Sabbath, as he often does), No Association, Pure Massacre, Suicidal Dream, Tomorrow, Freak and Israel's Son (not necessarily in order). The set lasted only 40 minutes.

After Roses Daniel said, "Friends, Belgium rocks," which I thought was quite ironic because nobody was moving. 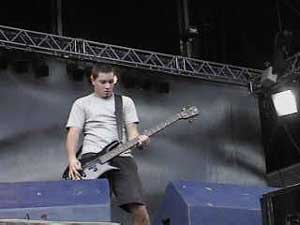 At the end of another song, Daniel stood in front of the crowd without moving or speaking for about two minutes, and everybody was wondering what was happening. Many people (including the security guards!) waved, trying to "wake him up."

During the ending of Israel's Son Daniel sang "put your hands in the air" over and over; then Chris and Ben left the stage, but Daniel stayed there, playing something really strange on his guitar; he too left the stage after about two minutes.

I think that silverchair are not really famous in Belgium. No one in the crowd was singing, except during Freak which has been played a lot on the radio. Some people I met there were even wondering who silverchair were (what a shame for them!)

Even if it wasn't the best concert I have ever been to, it still was a good show and I'm expecting to see silverchair live again as soon as possible. 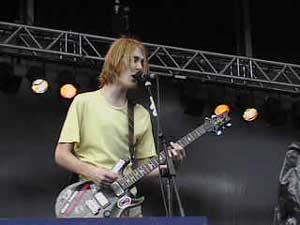 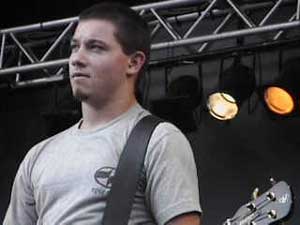