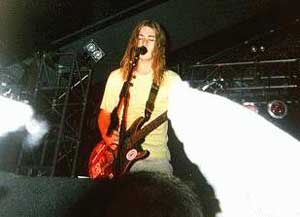 silverchair headlined on the main stage closing the first night of the Music Midtown Festival.

There were problems with the PA system, and Daniel stopped "Tomorrow" so it could be corrected.