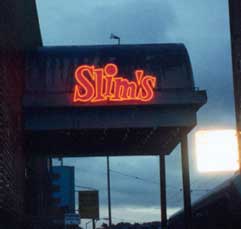 "While they come off in person as shy and self depreciating, on stage it's another story. Then, a charismatic intensity takes over that more experienced bands would kill to have."

Jane Ganahl wrote those words in the San Francisco Examiner after silverchair's first performance in the city by the bay on Sept. 13, 1995.

Three and a half years later, the band was back for another sold-out show at Slim's, and in the interim, silverchair have become a more experienced band, and their live shows continue to reach higher and higher levels of charismatic intensity.

After an interesting day off during which most of the band and crew were temporarily stranded on one of San Francisco's classic cable cars, silverchair impressed the capacity crowd at Slim's, many of whom fit into the over-21 category, judging from the traffic at the club's bars.

Under the management of former rock writer and music veteran John Watson, silverchair has always been about taking chances, and their live show of late has opened with Emotion Sickness, a six-minute orchestral piece which leads off their latest album Neon Ballroom. Though the disc had only been available for a matter of days, the band kicked off their San Francisco show with it before launching into the classic Israel's Son. 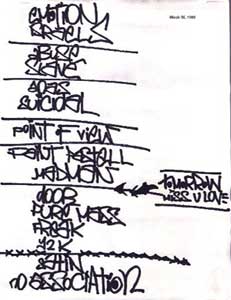 After getting beaned in the head by something thrown from the crowd, singer-guitarist Daniel Johns referred indirectly to an incident in Santa Monica nearly two years earlier in which he was hit in the head by a bottle.

Several songs later, chairpage's Bay Area host Brian Griffith managed to remove one of his socks (despite being pinned against the barrier directly in front of the stage) and threw it to Johns, who held it up for the audience to see.

"Thanks for the sock, it's very nice," Johns said.

After moving through Abuse Me and Slave from the band's second album Freak Show, Johns set a tone for the evening.

"Tonight you are totally liberated for an hour and 15 minutes, or however long we play," he declared. "So be free and jump and move and rediscover your youth, rediscover your active momentum inside your body and be physical -- project your energy toward silverchair and project ours toward you, San Francisco! This is a new song, you probably won't like it." 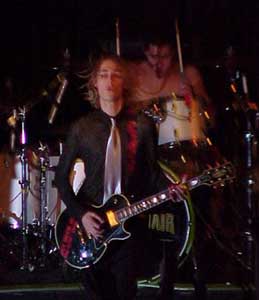 The selection was the poignant Ana's Song, due to be the second single from Neon Ballroom. It was followed by Suicidal Dream, a traditional crowd favorite. "San Francisco, you are like dynamite," Johns told the audience. "You are the dynamite, the people up the back are the flame. So light the fucking dynamite, people up the back. This is another new song. We haven't played it live that much but we're gonna play it tonight because we figure if we don't play it we'll forget and we'll have to do more rehearsals, which isn't good."

The band then launched into Point of View, a recent addition to silverchair's set and one of the best tracks on the new album.

"Thanks for all being cool, a little bit quiet but cool," Johns said after the song. "I know what it is, you don't have to explain, I can smell it from up here, someone's doing, uh, drugs. But that's all right -- just chill. That's cool, if you want to chill out in the city of hippies, that's cool. Everything is cool, man. We're going to L.A. in two days so we'll go to 'Coke City,' and you guys can be 'Marijuana City,' that's fine, that's cool. We don't mind as long as you're cool and you're very cool, San Francisco. You're fucking cooler than L.A.!"

Next up was the dramatic Paint Pastel Princess and the frantic Madman. Johns thanked the crowd for its enthusiasm.

"We love you! Peace, peace! Peace, San Francisco, yeah man, chill. Peace, yeah. Fuck, no offense, but I fuckin' hate hippies so much. I'm not saying you're hippies, I'm saying the peace folks, the fuckin' hippies, oh man, they annoy me. There's all this shit happening, all this bad fucking crap in the world and 'everything's cool.' But it's not cool, it is NOT cool -- you have a right to be fucking ANGRY! But not yet because this is a quiet section. We'll wait… we'll wait to be angry. Stay calm… stay calm for this section." 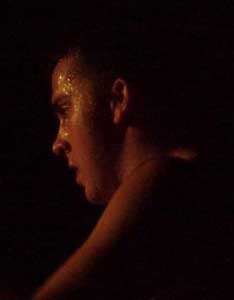 As Johns remained on stage alone for a solo rendition of silverchair's signature song Tomorrow, Phil Jamieson, lead singer of Grinspoon, spotted a chairpage staffer at the show and asked him to tell drummer Ben Gillies (who was sitting at the side of the stage) that he was there. Gillies then asked the staffer to bring Jamieson to the side of the stage. The two chatted until Gillies had to go back to work for the second song of the 'calm section,' Miss You Love, after which Johns re-channeled the crowd's energy.

"All right, back to what I was saying about being fuckin' angry. That song was written during a transition period, I'm no longer in that period, I'm back to fuckin' angry. So you can either join forces with the 'chair and strive for world domination like we are, or you can settle down, and settle for peace, and fall in love -- what the fuck do you want, San Francisco? Are you ready to fucking rock?"

The rocking continued through the remainder of the band's set, from The Door through Pure Massacre, Freak, the radio hit Anthem For The Year 2000, Satin Sheets and No Association. Johns, Gillies and bassist Chris Joannou had delivered on their promise to liberate the audience, who were thoroughly sated by rock and drama by night's end.

After the show, Grinspoon's Jamieson and Scott Russo of L.A.'s powerful Unwritten Law (whose bands were to play Slim's the next night) joined silverchair backstage for fun and games. It's not the first time in recent weeks that other rockers showed their respect for the 'chair's music -- Pearl Jam's Jeff Ament turned up at the band's February show in New Orleans. 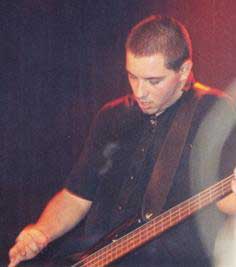 Still another interesting moment occurred after the San Francisco show. Before the band's previous performance in Salem, Oregon, chairpage's Matt Bowen and another page staffer watched as Johns wrote out a shortened festival set list. After chairpage asked for the original list so that it could be put on the web site for fans to see, Johns said he didn't know what happened to it, and that he would write out a set list at the next silverchair show.

As your chairpage correspondents waited for the post-show crowd at Slim's to thin out, manager Watson hand delivered the set list, written as you see it above in "tag style" by Daniel.

Despite the rigors and pressure of touring and traveling, and in the midst of all the requests for interviews, autographs, photos and a "piece of himself," Johns remembered what he had said and without prompting, provided chairpage with the handwritten set list.

But it shouldn't have come as a surprise, because silverchair are a class act, and a band which refuses to take its fans for granted, both on stage and off.