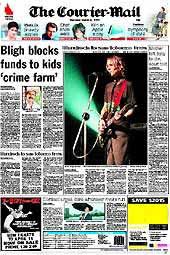 We arrived at the Tivoli around 1 p.m. and silverchair were due to play at 7 p.m. Despite arriving so early there was still about 20 people there before us. We were told by Bailey Holloway that silverchair would be arriving at 5 for the soundcheck.

Surely enough they drove in at 5 and all the people that were there at the time got to meet them including myself. They were all really nice and stopped for photos and signatures, but I felt sorry for Daniel 'cos all the young girls were shaking him saying "I love you Daniel I love you."

When he stopped to sign me some girl was so arrogant as to try and rip Daniel's bag off his back, all you heard from Daniel was a little "fuck, they have my bag." I hate them little teenies that try and grope at him.

We went in about 10 minutes before silverchair were due to play. When they came on they blew the crowd away.

They started with Slave which got everyone going. There were various comments from Daniel throughout the concert like, "Hi Brisbane, Queensland, Australia," and "You guys should have had the Olympics, you rock."

Surprisingly enough, Israel's Son was about half way through their set and they ended that night with No Association.

Daniel played Tomorrow by himself and put a lot of effort into it, I thought it sounded rather good done as a solo.

The stage setup was really good, with neon lights on the roof, around Daniel's microphone, on Ben's drums and in various other places around the room.

The new songs played sure grabbed everyones attention as they were a little more mellow then their older stuff. Daniel soon apologised for playing so much mellow stuff and got the crowd cranked up for "the biggest rock and roll song you will ever hear in Brisbane for a long time, at least till the next rock and roll band visits" which was The Door. Anyway thats all I can remember for now. 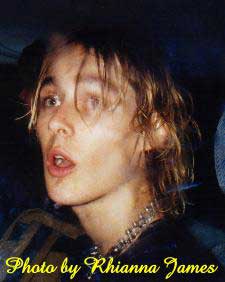 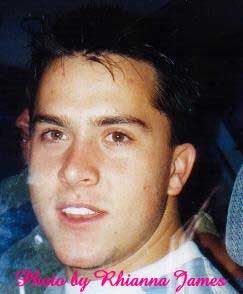 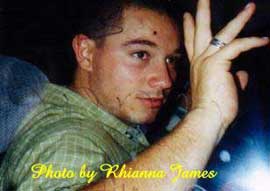