The grandicity of the Adelaide Festival Theatre made the perfect setting for what many had been anticipating for some years. The atmosphere before the show was quite 'wierd' and was one that Silverchair fans have yet to experience. The more mature approach to the evenings set up evidences how far the band, and their music have developed and this was clearly reflected in the crowd behaviour. Far from the 'frogstomp' days of flannelette shirts and long hair. This crowd did not really know what to expect and believe me, this show is 'something special'.

Not having a ticket until yesterday, I truely believed that I would miss out on this once in a lifetime opportunity. In attempting to buy tickets through the local rag (The Advertiser) I encountered greedy ticket mongers who were selling their tickets auction style, which saw tickets fluctuate to prices even the biggest silverchair fan cannot afford- $170+. In limiting the capacity of the venues and no of shows, this was inevitable. 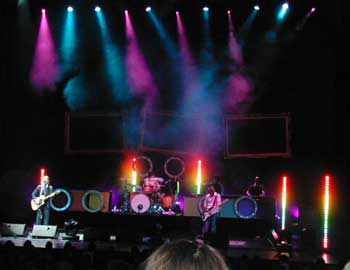 My luck changed yesterday when a complementary ticket fell into my posession to which I was estatic and was eagerly awaiting the much anticipated concert. I was shopping in an Adelaide record store ironically purchasing a silverchair album, when who should I see at the counter, none other than Daniel Johns. From yesterday having no ticket to the show, to today having a free ticket and having a chance meeting with the lead singer. I muct be the luckiest chap in the city.

As for the show. It absolutely ROCKED. Many great versions of the songs were performed and the extended versions with solos and jamming from the guys made the show absolutely SENSATIONAL. Daniel made brief reference to the last time the band were in Adelaide, the big (disappointing) day out, where the band had to compete with dust and playing the daytime (murderous) set, which was a touch disappointing, saying that ADELAIDE ROCKS and how much better it is to be playing an indoor venue, with great acoustics as the Festival Theatre. 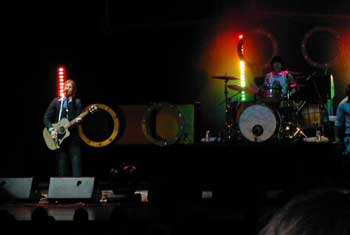 A memorable evening as the pictures show. 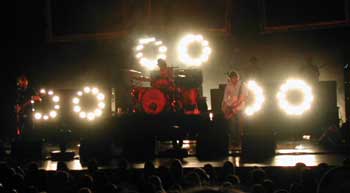 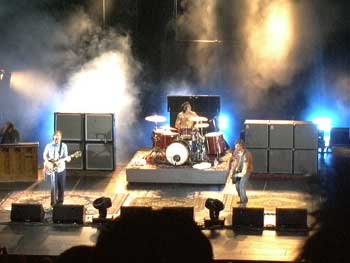 I don't want to ramble on about what other people have said, or will say, but that would have to be one of the highlights of my life. It was incredible, and words or emotions cannot describe the vibe felt in the theatre tonight. The performance was so polished, the Neon Ballroom tour in 99 can't really be compared to this. Highlights of the night for me would have to be Tuna in the Brine, Petrol and Chlorine, and Steam Will Rise.

Daniel has evolved so much as a person and musician and I believe he has finally accomplished what he has always dreamt of. Diorama is a masterpiece, and the whole production of the Across the Night tour compliments it. Daniel's voice is amazing. His range and dynamics surpass that of many other artists I have seen. Ben's drumming has become a lot more advanced too, he has concentrated on rudiments and technique a fair bit, which puts him ahead of many other rock drummers (besides Danny Carey of course!). Chris seems to groove a lot more now, concentrating on holding the band together through his pounding and melodic bass lines. 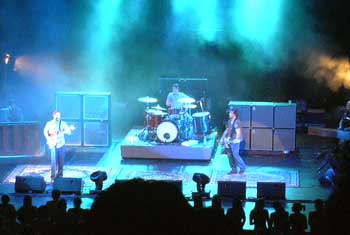 Silverchair should not be taken lightly. The creativeness shown from Daniel, along with Ben and Chris proves that they aren't just a "backyard" aussie band. It is fair to say that they are one of the best live acts you will ever see. The Australian public underate Silverchair, probably due to a few radio "pop" songs that get played over and over. If they would look past that, they would see the creativity and genius put into tracks like Tuna in the Brine and Across the Night. Not anyone can write music like this. Speaking to friends that aren't really big fans, they have agreed with me that Silverchair have finally made it and put Australia on the map in the music industry.

If I could say one thing to Daniel after seeing this amazing performance, it would be "Thank you!" I would give anything to feel the feeling I had tonight.

If you are contemplating on ever seeing Silverchair in the near future, I urge you to go otherwise you will miss one of the world's greatest acts.... 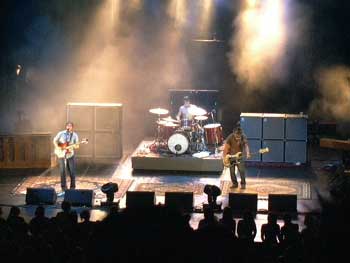 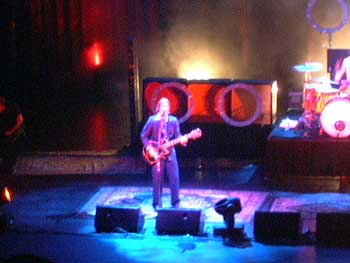