Silverchairs upcoming fourth album, Diorama - its first in three years - has already made its mark in the band's native Australia, debuting at No.1 and hitting platinum in its first week of release. 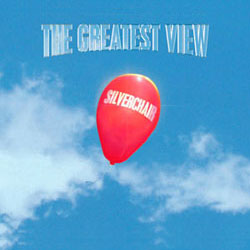 Lead single "The Greatest View" is certainly potent fuel to propel the oft-misunderstood outfit to similar heights in the U.S., with its panoramic rock-epic persona, intriguing mix of grinding guitars and harmonic horns side by side - a wildly trippy effect - and a particularly melodic hook from lead Daniel Johns that is actually pretty underneath all the electricity-amped action.

Van Dyke Parks is a novel addition to the team: the producer - who has worked with Brian Wilson, the Beach Boys, and U2 - arranged orchestra, brass, and woodwinds on three album tracks - not exactly par for the course in rockland.

In the end, the sweeping "View" is a remarkably innovative and gratifying outing whose depth and color seem to grow with every successive spin. If there were ever a song that top 40 should pluck from the modern rock side, this is it. Look for the full-length Diorama in North America July 30. - CT