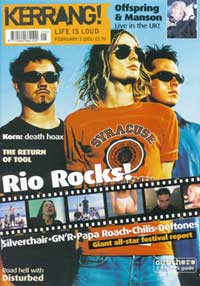 "The members of silverchair are each just 21 and have played precisely one concert in the last 12 months. Singer Daniel Johns looks like a star when he strides on in a jacket covered in tiny mirrors and launches into 'Israel's Son', but between songs he's a deer in the headlights, unable to think of anything coherent to say." 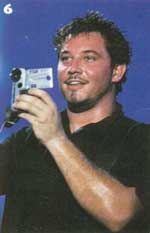