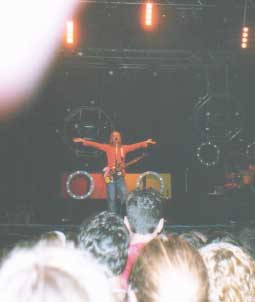 Well, I had waited a long time for this date, brought my tickets on the first day they had come avalible, but finally it had come. It had rained all morning for the first time in a long time,just when Summer Jam was to be on. It had been put back an hour to 5:00pm, but that didn't bother me. As long as I got to see Silverchair some time during the day/night.

I had purchased Diorama early on Wednesday when it had come avalible, and was nothing but impressed.
Anyway, as we know, there were 4 acts before Silverchair.
Rubicon
Tadpole
Chefu
& The Feelers

The crowd enjoyed these acts as to be expected, but there was a real anticipation for Silverchair, which was just awesome. By the time we were waiting for them, I was so tired from standing in the crowd for 3-4 hours, but I knew that pain would be forgotten once Silverchair took to the stage. Finally, they were on, and ripped into Emotion Sickness, an awesome song to start with.

Daniel spoke to the crowd only briefly about how cold the weather was in NZ, and it was just as cold here in the summer, when they were here for the Big Day Out I guess. That seemed to get the crowd going a bit. I was really interested to see how some of the new Diorama songs would be live, but they were just awesome. If my memory is right: 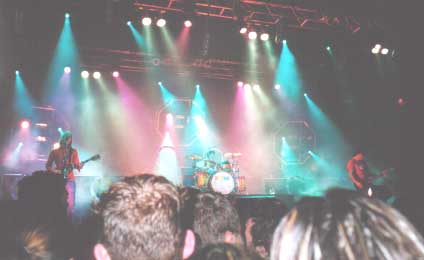 After that Daniel stepped things up once again with Freak Show songs eg: Slave & Freak. Paint Pastel Princess and Do You Feel The Same were played as well, but I was to busy to remember or take notice which order any of these song were been played.

Ben and Chris both looked to be enjoying themselves throughout the show. After the last song was played, Daniel said thanks, and was gone. So, everything I had been through throughout the night was worth it. I was 10 metres from the stage in front of Daniel.