silverchair were incredible at the Clipsal 500!  It had been a long 3 years between drinks and I am happy to say in no way did they disappoint! There were so many people, probably about 10, 000- 12,000 (I could be wrong!) and a surprising number knew the words to the songs that were not singles.  I can't remember the order of songs as I was having too much of a good time, but a definite highlight was the guys playing Freak, the Door, Without You and their new stuff.  Everyone was moshing and having an amazing time during Freak.  Daniel seemed pretty happy when the crowd took over the singing on this one!
Their new songs were fantastic, another reason to jump around, mosh and get excited about 5th album!  The new songs had a rock feel which was really good, kept the atmosphere upbeat and they seemed to be well accepted.
Another highlight was when Chris got out his silver glitter bass!  You've got to love it!

All in all an amazing performance and worth the wait. 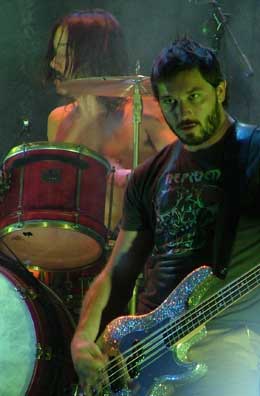 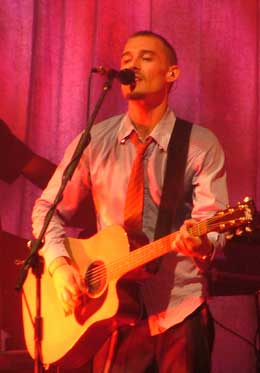 By CHAD
Photos by DEREK

This was an amazing concert.

So good to Daniel in full spirits enjoying himself on stage. He seriously looked like he was performing for the first time. It was unbelieveable how happy he seemed.

The only thing, is I would have loved to see more older material. I know they are "over" playing tomorrow, but the crowd would have gone insane if they did.

All and all, emotion sickness, freak, greatest view were spot on performances and the new material sounds great. It seems they are hitting back to more metal which is great. 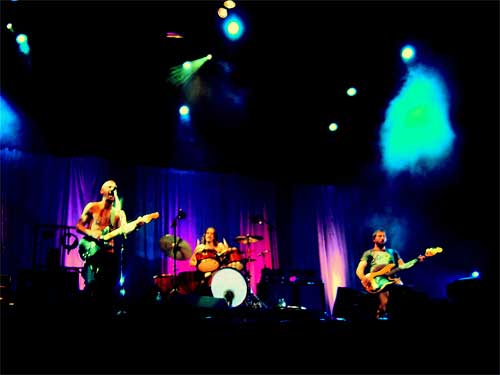 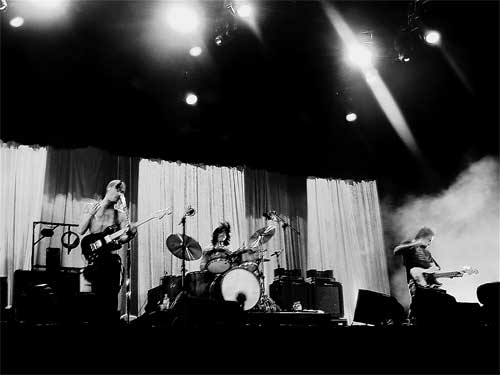 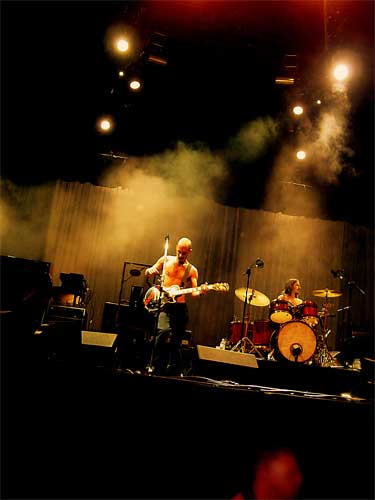 I just got home from the greatest show to date, of my life. Silverchair havent been to adelaide for sooooo long, i was sooooo excited they was coming:):) they rocked, people went crazy, and we got a taste of some brand new material:) from their up coming album, looks like it will be awesome.